The software industry is flourishing at a never before pace. And today, people know about and use many more software than they did a couple of years ago. With the growing popularity of software, the demand for individuals having knowledge in software testing has also incredibly increased. After all, producing software is not the end of the process, they also need to be tested for their efficacy before being released into the market. So, contact Training in Anna Nagar, Chennai today, enroll yourself into the best Software Testing Training in Anna Nagar, Chennai and let your career take flight. 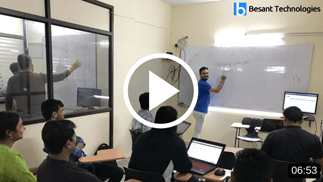 What is Software Testing?

Software testing is a process in which a software programme’s functionality is examined before its launch in the market.

So, basically it’s a system in which software programmes are executed so as to validate them and confirm that they fulfill the intent with which they have been created. There are numerous types of software testing methods, some of which have been listed below-

Manual testing, as the name suggests, is done manually in the absence of scripts or automated tools. In manual testing, the tester acts as an end user who runs the software program to find out if there are any anomalies in its behavior or bugs impeding its functioning.

Automation testing implies a method in which the tester examines the functionality of a software by writing scripts and using dedicated software testing tools to carry out the testing process. Test scenarios that are manually created can be re-run multiple times using this testing method, without consuming a lot of time. Besides, automation testing is a more cost-efficient option than manual testing.

Performance testing is a testing practice used to assess the efficiency of a software system under different workloads. This basically measures quality traits like reliability, resource usage, scalability and the like.

ETL testing is often used in data warehousing projects. Big companies have the need for bulk data movement from one source to another. ETL, which is a data oriented testing practice, is used to confirm that the data has been moved, as projected, to its destination

Software testing detects loopholes in a software product before it gets released into the market for widespread use. Its importance in the cycle of software development cannot be overemphasized. It doesn’t just make sure a software runs without glitches but also influences crucial business decisions. Today, software testing is an inevitable part of the software industry. And there are innumerable reasons why you should seriously think about taking a software testing course. Some of these reasons have been discussed below-

How we, at Training in Anna Nagar, Chennai, help you?

Our constant endeavors in understanding the scope of software testing in the software industry have enabled us to be of great help to people who are interested in learning this skillset. Our trainers are not only thorough with theories but also equipped with considerable hands-on experience. With a student-centric approach, they act as your learning facilitators rather than teachers. Besides, our courses are easy-to-follow and have been designed keeping in mind the present-day needs. We strive to keep you updated with current programming innovations and don’t declare things over until you say you have learnt. What more? With great placement guidance, we help you land the best software testing jobs available in the market.

Do you need training in software testing?

If you think you have all the qualities such as analytical skills, productivity and a positive attitude to achieve success in the software testing field then there is no reason why you shouldn’t take software testing coaching classes. And don’t waste time thinking you won’t fare well because of a non-technical educational background. People with no deep understanding of IT have successfully cleared our courses and landed lucrative jobs. So, why delay? Learn with us to understand why we say we offer quality software testing Training in Anna Nagar, Chennai.

Software testing is a growing IT field and of late, has been generating lots of cash rich jobs. These jobs are going to be there as long as software companies are going to exist. Since, the software industry is here to stay, you can build a wonderful career in software testing. But to be competent, you must take the best software testing certification course available. Not with any random institute but with pioneers like Training in Anna Nagar, Chennai.

Besant Technologies offers Software Testing Training in Chennai in more than 6+ branches with expert trainers. Here are the key features,

To start a carrier as a “Test Engineer” by learning how to implement the Framework....

Webservices with SoapUi Training in Chennai

Selenium with c# Training in Chennai

Besant Technologies offers the best Selenium with c# Training in Anna Nagar, Chennai with most....

Selenium with Python Training in Chennai

Besant Technologies offers the best Selenium with Python Training in Anna Nagar, Chennai with most....

The software industry is flourishing at a never before pace. And today, people know about....

Want to strengthen your testing skills? Need to climb up the ladder of organizational hierarchy?....